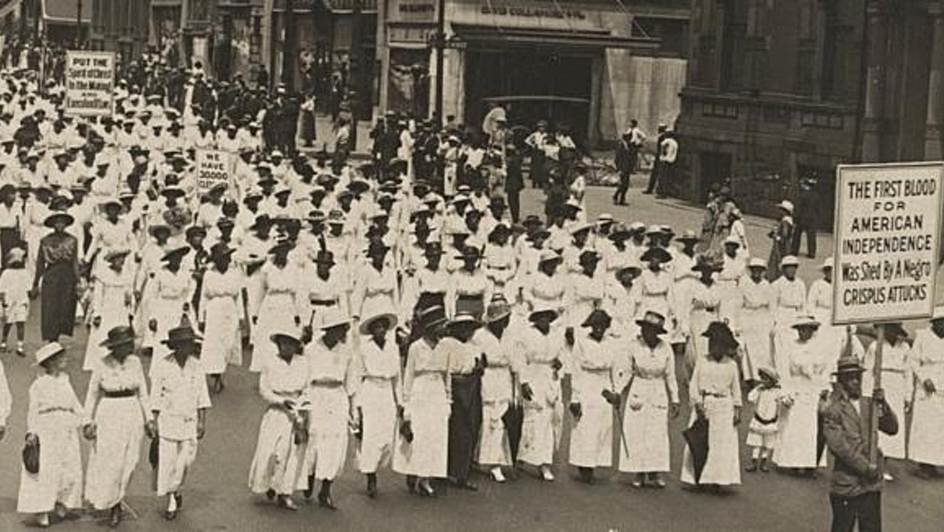 In the words of filmmaker David Lynch, “Stories hold conflict and contrast, highs and lows, life and death, and the human struggle and all kinds of things.”

Indeed, reality (and fiction) is full of opposing forces that can either break down a person or lift them up. These are all part of the journey that is life: despite the obstacles, conflicts and challenges that come our way, these provide an opportunity for us to rise above them and achieve extraordinary heights.

On that note, here are are three (well, four) events that went down in history on 28 July:

Classical music lovers regard 28 July as one of the darkest days in history, as two famous composers passed away within nine years of each other: Antonio Vivaldi in 1741, and Johann Bach in 1750.

Vivaldi was born in Venice, Italy to an accomplished violinist. Following in his father’s footsteps, he trained to become a violinist himself, and he soon became the master of violin (later the music director) at the Ospedale della Pietà, an orphanage where young girls were taught music.

For the next 30 years, Vivaldi composed a variety of compositions for the orphanage, writing concertos, operas and sonatas such as “La stravaganza” and “The Four Seasons” to be performed by his wards; these performances were instrumental in helping the orphanage receive donations and legacies bequeathed by impressed patrons.

Unfortunately, Vivaldi would die at the age of 63 in 1741 as a penniless man, for his music was considered outdated, unfashionable, and therefore no longer worth the money.

Exactly nine years later, over one thousand kilometres away, German composer and multi-instrumentalist Bach would die at the age of 65 due to complications from unsuccessful treatment in the aftermath of an eye surgery. His music, too, would be considered unfashionable following his death.

During his lifetime (and even continuing into modern times), Bach was considered a genius in his field: born to a German family consisting of famous musicians, his musical talent was nurtured early on. His catalogue of music over the years includes chamber music, oratorios, concertos, and a multitude of orchestral arrangements such as “Fugue in E-flat Major” and “God Is My King”.

Unlike the unimpressed attitudes towards their music at the time of their deaths, Vivaldi and Bach are both regarded by today’s composers, historians, and critics as some of the foremost figures of classical music to ever have lived.

One hundred and five years ago, one of the largest demonstrations ever organised by African Americans took place in New York City, New York.

A few weeks earlier, a series of riots broke out in East St. Louis, Illinois, which saw the deaths of between 39 and 150 African Americans at the hands of large white mobs. Additionally, these racist mobs burned and looted several buildings, leading to thousands of African Americans either being left homeless or fleeing for their lives over the state-lines to Missouri.

These racially-motivated riots stirred strong feelings in James Weldon Johnson and W. E. B. DuBois, two leaders of the newly-formed National Association for the Advancement of Colored People (NAACP). In conjunction with church and community leaders, Johnson and DuBois organised a parade committee. They earmarked 28 July as the date on which they would show their solidarity with those who suffered brutality at the hands of those mobs.

“We march because the growing consciousness and solidarity of race coupled with sorrow and discrimination have made us one,” one NAACP flyer read. “A union that may never be dissolved in spite of shallow-brained agitators, scheming pundits and political tricksters who secure a fleeting popularity and uncertain financial support by promoting the disunion of a people who ought to consider themselves as one.”

Thus, on 28 July, the demonstration – known as the “Silent Protest Parade” – took place: over 10 000 African Americans bearing banners that protested against racial injustice marched down Fifth Avenue to Madison Square.

The procession was marked by the absence of singing, chants and music – only silence, broken by the muffled beats of drums, could be heard. Women and children at the front of the procession wore white clothing; men at the back were attired in black suits.

The Silent Protest Parade would strengthen the awareness of racism in the USA, increase the visibility of the NAACP among African Americans and white people alike, and form the foundation of similar demonstrations that would occur throughout the Civil Rights Movement.

For the first time in history, a full-length film centering around zombies entered existence.

Making its cinematic debut in 1932, “White Zombie” – inspired by the Broadway play, “Zombie”, and based on a book by William Seabrook about Haitian voodoo – tells the story of a woman named Madeleine who is transformed into a zombie by an evil, voodoo witch-doctor. Her two love interests must race against time to resurrect her, but they also have to contend with the witch-doctor’s army of zombies.

Directed by Victor Halperin on a meagre budget of approximately $50 000 (with many props and scenery pieces borrowed from other horror films made at the time), “White Zombie” can boast bringing zombies and voodoo into the mainstream.

It also boasted a star-studded cast: leading lady Madge Bellamy as Madeline; John Harron and Robert W. Frazer as the love interests; and the one and only Bela Lugosi – who portrayed Count Dracula in the iconic, eponymous film the year before – as the witch-doctor.

Although picked apart by audiences and critics at the time for its “ridiculous plot”, its “ludicrous” scenes, and for overreaching itself in trying to “out-Frankenstein ‘Frankenstein’”, the flick is often praised for its atmosphere and acting, specifically Lugosi’s turn as the witch-doctor.

Nowadays, modern audiences and critics alike tend to treat “White Zombie” a little more kindly than their predecessors, and often with admiration and a sort of fondness.

Indeed, per this 2012 review: “Halperin shoots this poetic melodrama as trance; insinuating ideas and images of possession, defloration … into a perfectly stylised design, with the atmospherics conjuring echoes of countless resonant fairytales. The unique result constitutes a virtual bridge between classic Universal horror and the later Val Lewton productions.”

Not bad for the world’s first zombie film, right?