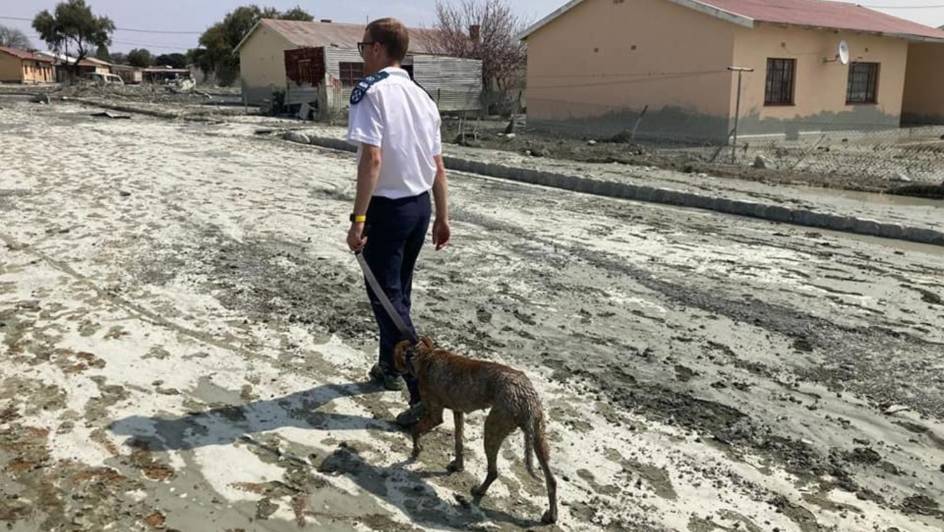 The Bloemfontein SPCA (Society for the Prevention of Cruelty to Animals) announced on Thursday, 15 September, that their team had rescued over 588 animals following the recent floods in Jagersfontein, South Africa.

As the organisation celebrated their successes on Facebook, it went on to share some of the risks involved in the rescues: “We don’t know what is underneath when we take each step as there are multiple pieces of debris underneath the mud, we have tripped, fallen in drains, stepped on glass and so much more but this doesn’t stop us from helping these animals in need.”

The team – accompanied by neighbouring SPCAs from Kimberley and Virginia – have worked tirelessly since the small Free State town was flooded due to a broken dam wall nearly a week ago.

The organisation is currently trying to save as many animals as it can, including wildlife. On their first day alone, they were credited with rescuing 69 dogs, 39 cats, three pigs, 102 chickens, two cows and 19 geese.

They are also currently offering to house and feed locals’ pets and livestock while their fences and homes are being rebuilt.

At the moment, the SPCA desperately needs supplies – whether it’s monetary, food or blankets – to be able to continue their work.