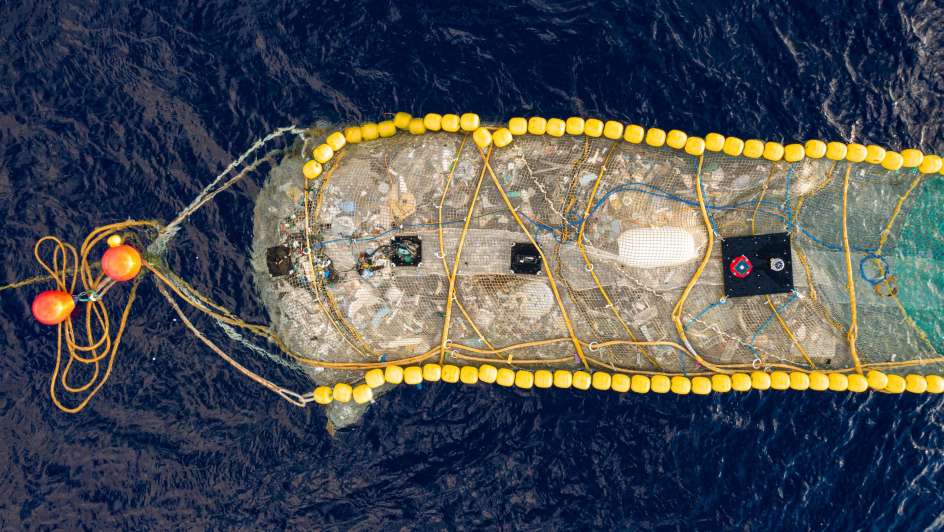 The Great Pacific Garbage Patch is on a weight-loss journey – with the help of The Ocean Cleanup, a non-profit organisation (NPO), which recently reached its first 100 000 kg-milestone.

This milestone means that the combined weight of two-and-a half Boeing 737-800s’ worth of litter was removed from the ocean.

Also known as the Pacific trash vortex, the patch is a collection of marine debris  – made up of plastics and microplastics – in the North Pacific Ocean that weighs roughly 100 000 000kg.

At the moment, it stretches from the West Coast of North America to Japan.

The Ocean Cleanup launched “Jenny”, or System 002, rather, in August 2021. The initiative uses a system of nets strung up to create an artificial coastline to collect the rubbish.

Boyan Slat, the founder of the Dutch NPO, shared a statement on their website, saying, “I’m proud of The Ocean Cleanup team for crossing this milestone, which is all the more remarkable considering System 002 is still an experimental system.

“Now our technology is validated, we are ready to move on to our new and expanded System 03, which is expected to capture plastic at a rate potentially 10 times higher than System 002 through a combination of increased size, improved efficiency, and increased uptime.”